Worship Service is held the 1st and 3rd Sunday each month in our sancuary at 11:00 am.

All other Sunday Services are held virtually.

VIRTUAL SERVICES ARE HELD VIA ZOOM MEETING AND ZOOM BY PHONE

All the latest News and Events from our community.

For your convenience, you can now download our church bulletins.

Bulletins are in PDF format.

Note: You must have Adobe Reader installed on your computer to view the file.

Adobe Reader is also available on our Downloads page. 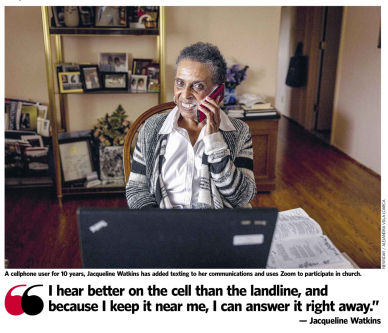 HEMPSTEAD - A former convict credits a Nassau program with giving her a second chance.

Nefertiti Garnett spent seven years in upstate prison for identity theft and stealing money. Once out of prison, she was arrested again in Nassau County for driving without a license. Instead of being locked up, a judge ordered the 40-year-old to go to the Woman's Opportunity Rehabilitation Center in Hempstead.

WORC is an educational and vocational program aimed at helping women avoid jail time or get back on their feet after serving time behind bars. The program is six months. Those who take part in it learn computer skills and life skills. They also go through counseling and substance abuse treatment. The program is run by Diane Gaines.

“I feel like I have my life back because of her,” says Garnett. “Honestly, I can’t thank her enough.”

There are currently 13 women in the WORC program, and 12 of them avoided jail time.

But not all women graduate. Last year, 71 women were accepted into the program but more than half didn't successfully make it through. “The idea is it's a two-way street,” says Nassau DA Madeline Singas. “We very much want these women to succeed but if they can't succeed then they will be held accountable according to the original deal “ The WORC program has been around for more than 25 years and more than 1,000 women have benefited from it.

Nefertiti, who is now working in construction, had a message to women going through WORC.  “We all did something wrong - and you do have to pay for what you do,” she said. “But if she's willing to give you another chance, why not take that chance and do better?” Borne Out of Racism...

Our very own Sis. Diane Gaines, Director of Nassau County based, Women Opportunity Center was featured in an article published online by Long Island Press October 22, 2015. (Article can be read in PDF file below)

The booklet can be viewed by clicking the PDF file below.